The mission of the competition “The Voice of Kamen” is to pay tribute to and continue the life of the ideas and the understanding of the tenor Kamen Chanev about the essence of the opera.

The competition “The Voice of Kamen” is an opportunity for young tenors from all over the world to transcend the message of full devotion and honesty towards Art, that was so important to one exceptional tenor. A tenor, who is part of the most valuable history of the Opera world.

The first edition of „The Voice of Kamen” competition is part of “Legacy II” program of Plovdiv – European capital ot culture 2019.

The First International Competition for Young Tenors “The Voice of Kamen” is organized within the annual opera festival OPERA OPEN with the support of “Kamen Chanev Foundation” and the Plovdiv State Opera. The international competition preserves a serious competition profile, characterized by a professional Jury of international prestige, but combines this profile with a modern approach to how it is actually organized. This innovative approach positions the participants as “young ambassadors of music” from numerous venues of the eternal city of Plovdiv.

The competition will take place from 22nd to 26th August, 2022 in TWO professional rounds in front of an international jury, which will be representing “The Voice” as a musical talent. There will be a THIRD optional round, which will focus on the personal message of the singer, where the participants will be assessed by the audience.

Young opera singers – tenors from all nationalities over 22 years and until 40 years of age by the time of registration for the competition, are eligible to take part in the competition. Applications must be submitted electronically and only through the official portal for application.

The organizers of the competition will determine the members of the jury. The tenor, composer and conductor José Cura will be Chair of the Jury.

Application time is over

The registration fees are non-refundable.
The deadline for application for First International Competition for Young Tenors “The Voice of Kamen” is 1 July 2022.

We strongly recommend that you submit your application before the deadline and not on July 1st.

If you have any other questions, please contact us at the mail:
office@kamenchanev.org

The selected applicants will be notified
until July 15th.

Important notice on
first and second round

The first and the second round will be carried out with a piano accompaniment in the concert hall of the House of Culture “Boris Christov”, Plovdiv.

The participants will sing in the order determined by lot, drawn on the day before the beginning of the competition.

***Each aria (text and music) must be performed in its original language, complete form, original tonality (key), at a 440Hz standard, and by memory.

Please be sure that you have an appropriate outfit for the two professional rounds and the optional performance in the third round. Formal dress code for the Gala Concert is mandatory.

21.08.2022 – Date of arrival in Plovdiv for all selected participants, drawing lots, rehearsals.

One aria at the applicant’s choice other than the one performed at the first round. One aria at the applicant’s choice from Kamen Tchanev’s repertoire. Both 1st and 2nd rounds shall be carried out with piano accompaniment and both will take place in the concert hall of the House of Culture “Boris Christov”, Plovdiv. The organizers may provide a corepetiteur/pianist, if specifically requested in the application form. The organizers will NOT be responsible for the expenses of hiring the corepetiteur/pianist.
Download repertoire 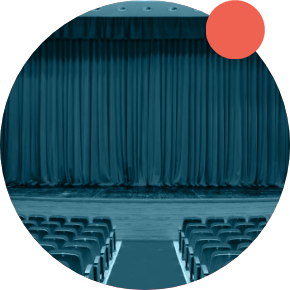 Participants of all rounds will be able to compete for THE PRIZE OF THE AUDIENCE – “THE SINGER AND PLOVDIV”. The 3rd round is optional and will not a part of the mandatory schedule of the competition. It includes performances on improvised venues – places emblematic for Plovdiv City. The participants may choose to present their authentic musical culture or perform at their choice – an operetta aria, a song from a musical, canzone napoletana, zarzuela, an aria or a song by a Bulgarian composer. The third round focuses on the personal message of the singer and their performance will be judged entirely by the audience. 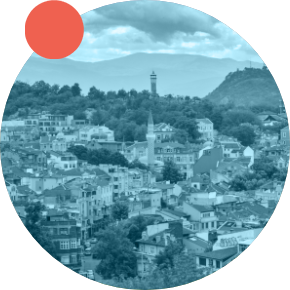 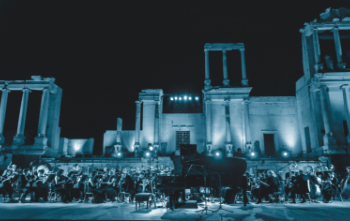 Dress-rehearsal of the finalists for the Gala Concert at the Ancient Theatre in Plovdiv. 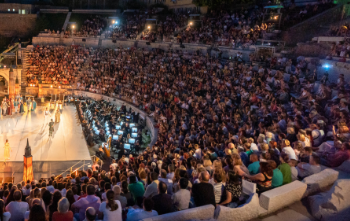 Gala Concert and Rewards ceremony at the Ancient Theater

The concert will be accompanied by the orchestra of the Plovdiv State Opera under the direction of Maestro Jose’ Cura and with special guest star Krassimira Stoyanova.

Alternative date for the Gala Concert in case of poor weather conditions the previous evening.

Uroš Ugarković was born in Belgrade and received his first piano lesson at the age of 14. He studied piano and conducting at the Faculty for Music in Belgrade, the Jacobs School of Music in Bloomington Indiana (USA) and the Ferenz Liszt Academy in Budapest, working with, among others, Božena Grüner (piano), Bart van Oort (harpsichord), Jokut Kadirova (piano), Csaba Kutnyánszky (conducting). During his studies, Uroš was laureate and winner of several competitions, e.g Jeunesses Musicales Belgrade, AFC Competition Roma and Міжнародний конкурс молодих піаністів пам`яті Володимира Горовиця, Kiev. As pianist, soloist with an orchestra and conductor, he appeared in numerous theaters and concert halls, e.g Paris, Berlin, Vienna, Budapest, Salzburg, Belgrade, Ljubljana, Zagreb, Skopje, Bucharest, Sofia and Herceg Novi.

In January 2020 he began working as Kapellmeister at the Theater Hagen, followed by an engagement at the Komische Oper Berlin from January 2022.

In 1986, she accepted the position of vocal coach in the National Opera in Sofia, Bulgaria. Between 1991-1994, she was an accompanist in the Academia Di Canto Boris Christov, in Rome. Vyara Shuperlieva is a permanent accompanist of the Boris Christov Competition(Sofia), where she has received an award for the best accompanist.

She has worked as a vocal coach in the opera productions of Opera Thesaloniki, Festival Classic Openair, Solothourn (Switzerland), Festival Operosa (Bulgaria), Cyprus Opera Organosazation (Cyprus), Opera-Bergen (Norway). Recently, Vyara Shuperlieva has been appointed to the position of a vocal coach in Mozarteum University, Salzburg, Austria.